Based on a Mar. 9th lecture by Gearóid Ó Súilleabháin

Richard Stallman, progenitor of the Free Software Foundation (FSF), founder and lead architect of the GNU project (GNU’s Not Unix, hence the title of this post), and author of the widely-used GNU General Purpose License dubbed “copyleft”, does not, on further reading, appear much fond of compromise. 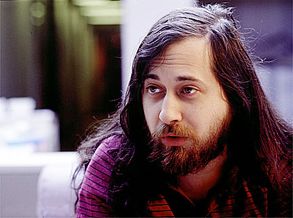 A 2002 Salon.com article, Code free or die, reviewing a biography of Stallman, celebrates his stubbornness in stating that “his single-minded commitment and brutal honesty are refreshing in a world of spin-meisters and multimillion-dollar marketing campaigns”. Linus Torvalds, author of the Linux kernel (I will not address the GNU/Linux naming controversy here), indicates in a blog post that he is not a fan of Stallman because he doesn’t like “single-issue people” and he doesn’t think “that people who turn the world into black and white are very nice or ultimately very useful.”
Eric S. Raymond, co-founder of the Open Source Initiative (OSI), in a piece titled Shut Up And Show Them The Code, rejects Stallman’s rhetoric, claiming that OSI’s tactics work while FSF’s don’t, and that the excellence of open source software is a “more persuasive argument for openness and freedom than any amount of highfalutin appeal to abstract principles”.
But then Stallman too has plenty to say on what he sees as clear distinctions between free and open source software, noting on the gnu.org site that “Free software is a political movement; open source is a development model.” 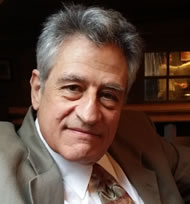 Journalist Richard Poynder’s superb interview with Richard Stallman is one of several of his Basement Interviews available online. The 2006 interview provides insight into Stallman’s combative nature and throws up gems such as “I don’t want to answer that question. I don’t like being handed a quotation and asked to utter it.” I strongly recommend that you download and read the interview in its entirety (available as a PDF from Poynder’s site or in text form here) as it contains Poynder’s detailed background and explanatory notes which are an education in themselves.

and early on includes a simple explanation of his four software freedoms:

I love the zero-based numbering.